The results were as follows:

● First : Leitheatre with Audience by Michael Frayn
● Second : Killin Drama Club with Into the Mist by Helen Wyngard
● Third : Edinburgh Graduate Theatre Group (The Grads) - The Rose and Crown by J B Priestley

Leitheatre and Killin Drama Club go through to the Scottish Final

Winner and Runner up go through to the Scottish Finals at Churchill Theatre,
Edinburgh on 21st - 23rd  April 2016 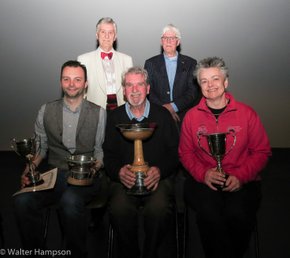